In May, Americans for Prosperity set up shop in New Mexico, eager to start pumping dark money into state politics after lapdog governor Susana Martinez vetoed a bill that would require fuller disclosure of campaign funding. As you already know, Betsies, Americans for Prosperity is funded by the billionaire Koch Brothers and has been instrumental to funneling massive financial resources into pushing a far-right political agenda across the country that is dead-set on fucking the entire planet.

The New Mexico chapter of Americans for Prosperity is led by Burly Cain, exactly the kind of libertarian chode you would imagine, who, when he is not trying to wedge a flaccid Ayn Rand dystopic future up the unsuspecting poop chute of his state, opposes a living wage and spends his time on such ventures as “Adwallet,” which pays poor people pennies to watch shitty advertisements, thus making them all prosperous again.

Last night Cain held a NM Americans for Prosperity event, in which he offered to “educate” the public about dark money, trickle-down economics and the brighter future they hold for New Mexico—as bright as a nuclear dawn!

So New Mexico Betsies staged a funeral procession in front of the event, protesting the state’s “Koch Cain problem.” Cain responded by calling armed security—private security, so at least he gets props for libertarian consistency!—to keep a watchful eye on these terrifying Betsies. 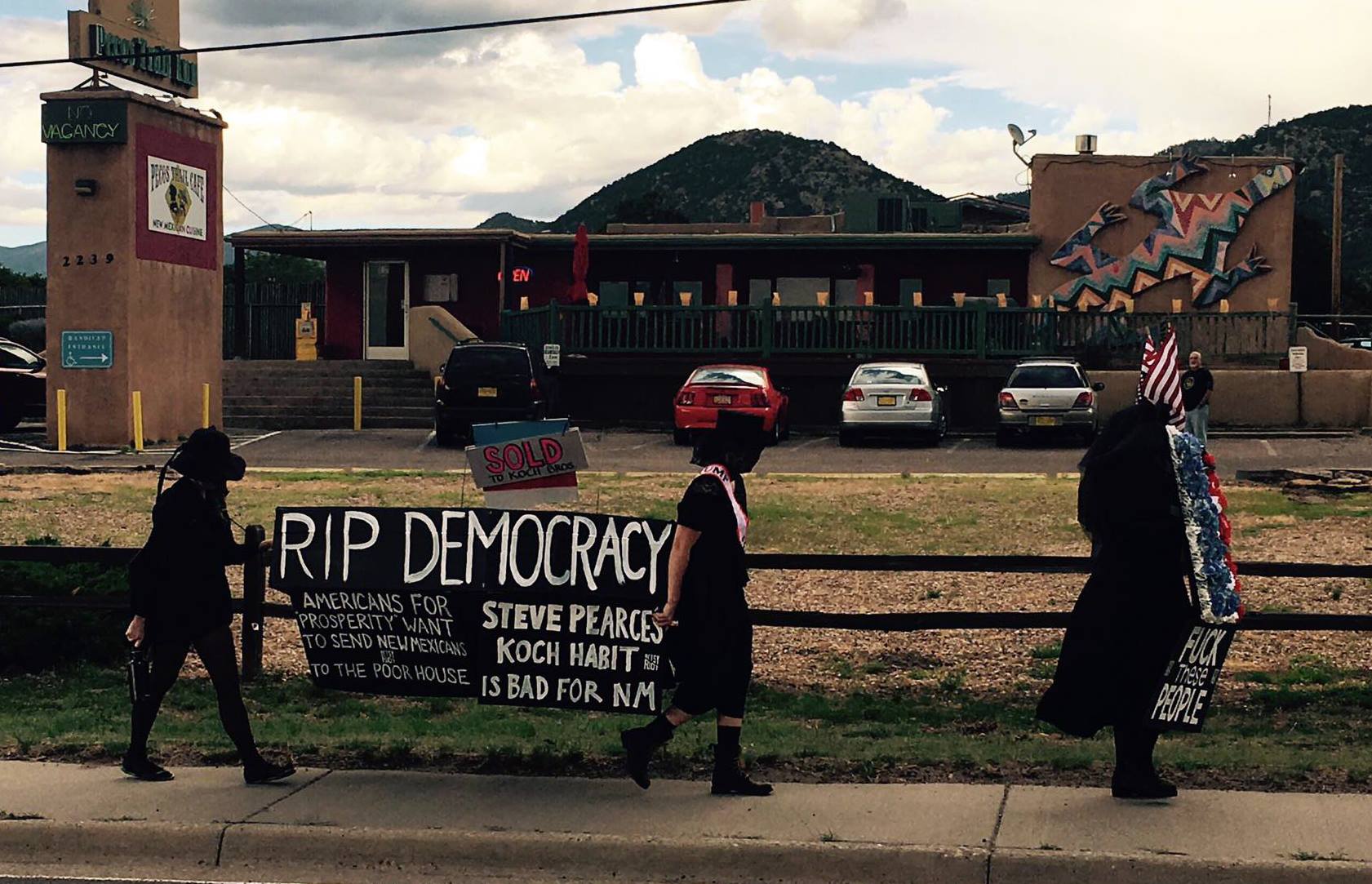 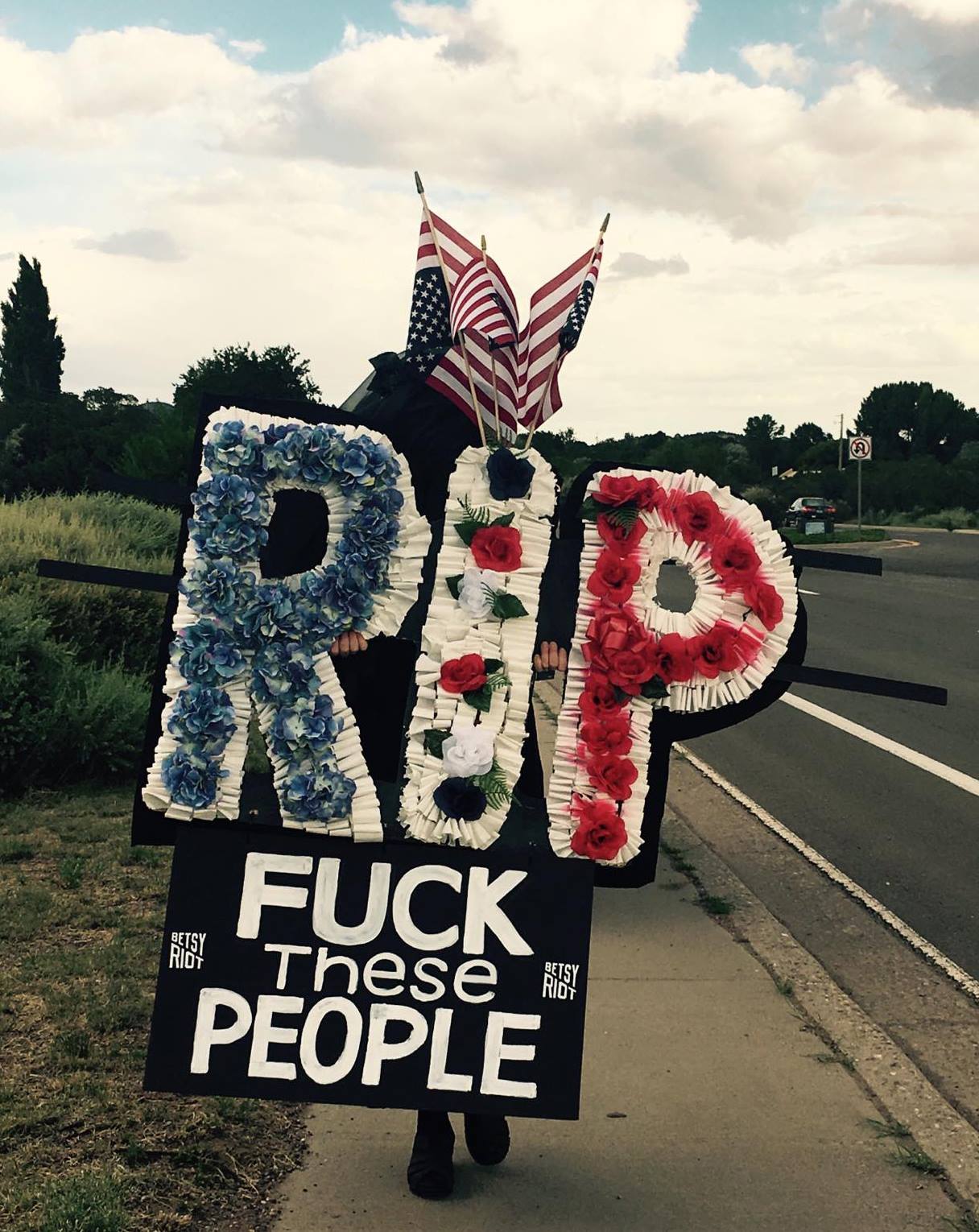 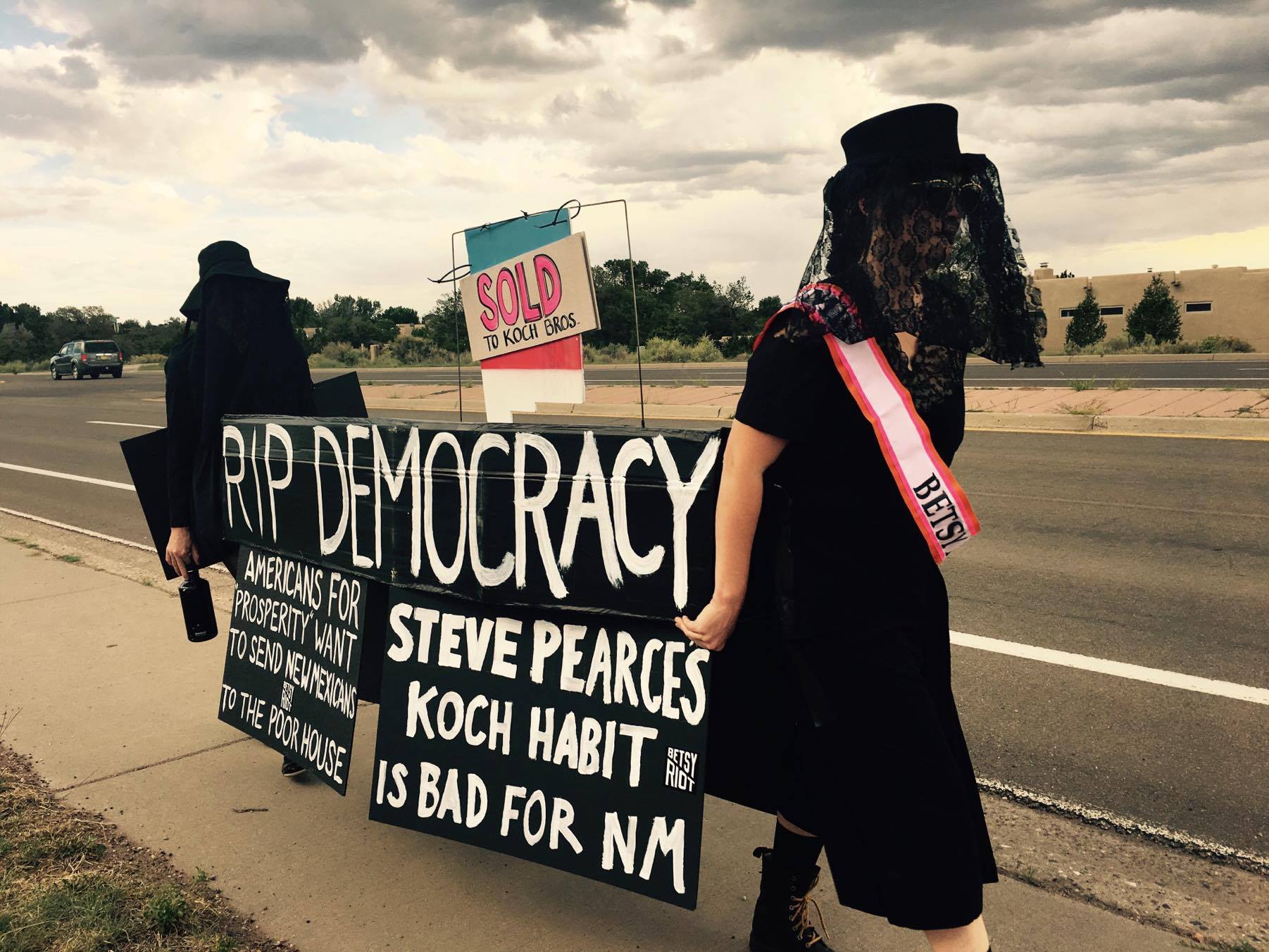 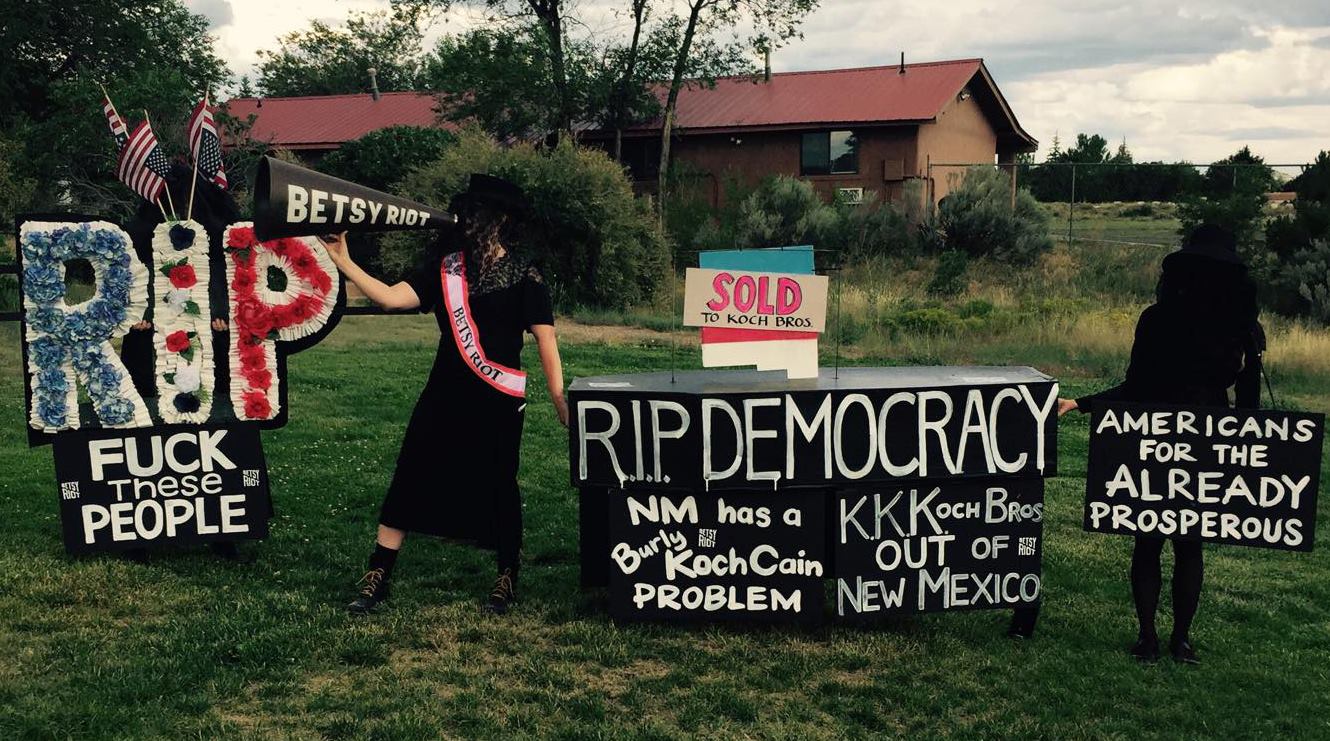