Today something appalling happened–it has been all over the news and has shaken some people to their very core, threatening the country as they thought they knew it.

No, not the Senate taking healthcare from millions or the president using trans people as a pawn in his idiotic political theater. Rather, it seems that two Albuquerque Betsies splattered a red energy drink on a Republican Party office sign after standing outside with words on posterboard. The simpering taints at the office strapped on their thunder shirts until they felt safe, then called the police to investigate the “spray paint” that they videotaped themselves wiping off with a sponge.

We at Betsy Central were contacted by the Associated Press about this tragedy, and here is our statement:

“Betsy Riot is an anonymous, decentralized, nonviolent, grassroots feminist organization. We were not informed ahead of time about this action by Albuquerque Betsies and were only made aware when the Otero County Republican Party went public with their outrage. We immediately launched an internal investigation of the circumstances surrounding the event, which included an emergency meeting of our leadership council, interviews with relevant parties and a comprehensive re-examination of our membership vetting process. White papers were produced, as well as PowerPoint presentations. The whole process took fifteen minutes.

Our findings were that the masked ‘violent’ radical extremists were actually two women in tee shirts holding signs. The ‘spray paint’ was actually an energy drink. The “A” stood for ‘Assholes,’ which is what the GOP are. And the only thing that was obstructed at the building’s entrance was the already low chance the assholes within the building had of getting laid.

In their interviews with Betsy Riot leadership, the Albuquerque Betsies noted that the Republican Party has become a fucking nauseating shithouse full of misogynists, racists, homophobes, gunlickers, and general moral rot that is attempting at this moment to kill countless Americans as well as destroying our democratic institutions and the very fucking least a decent human being ought to be doing is calling these morally diseased chodes for what they are on a regular basis.

The Albuquerque Betsies further pointed out only an ethically defunct shit-for-brains like a Republican Party official would waste police resources on mean words and a sugary drink and call such a protest ‘violent’ even as the literal human excreta they elected to Congress are attempting to kill people. The Albuquerque Betsies align themselves with similar recent protests by the Betsy Riot in Kentucky, Virginia, Nebraska, Kansas, Iowa, and even the Isle of Man, all places where local officials are making it a priority to fuck over women, people of color, the poor, the vulnerable, or our entire planet, and where they will continue to face opposition by the growing numbers of the Betsy Riot.

We were satisfied with these answers and consider the case closed. 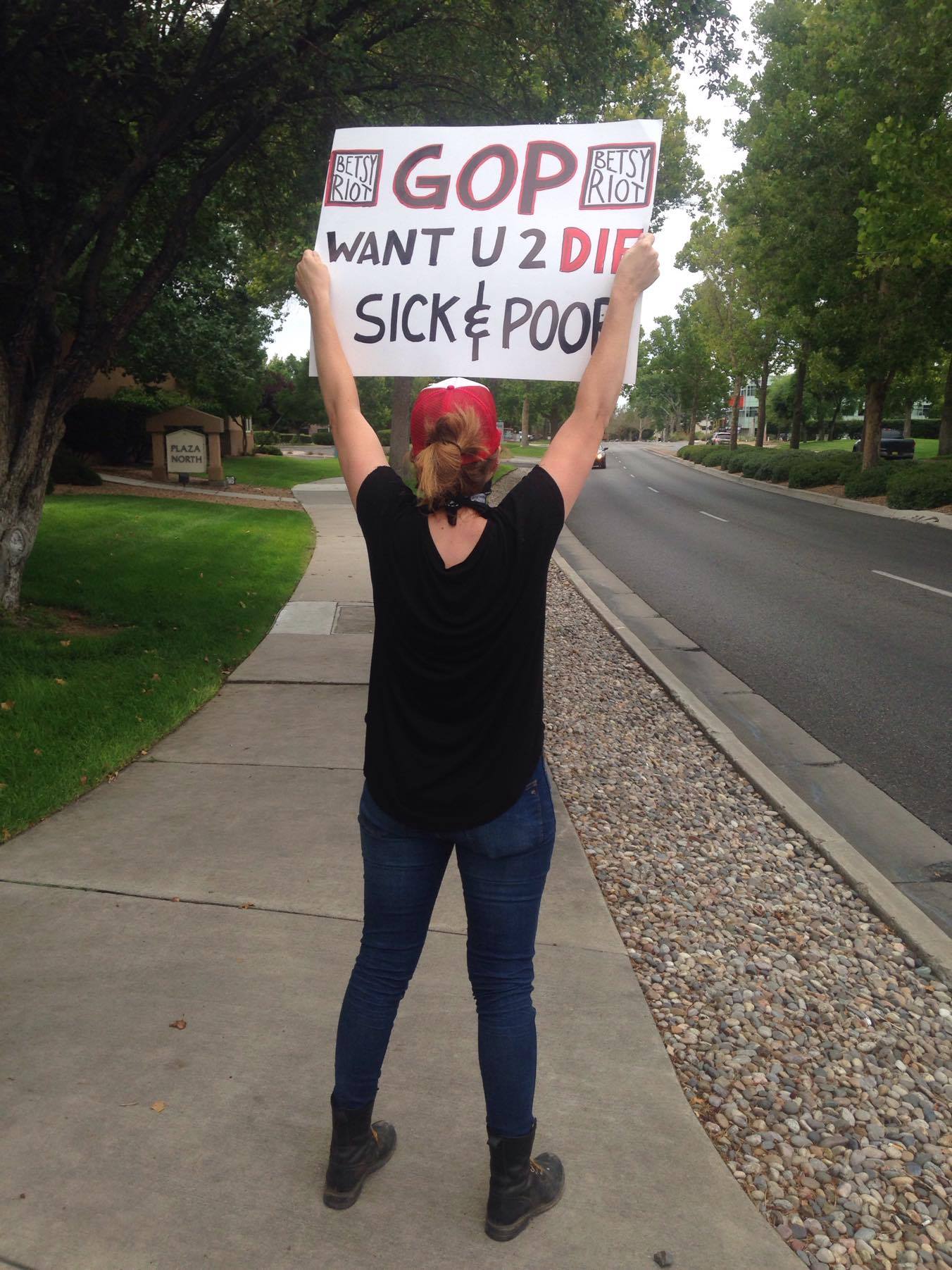 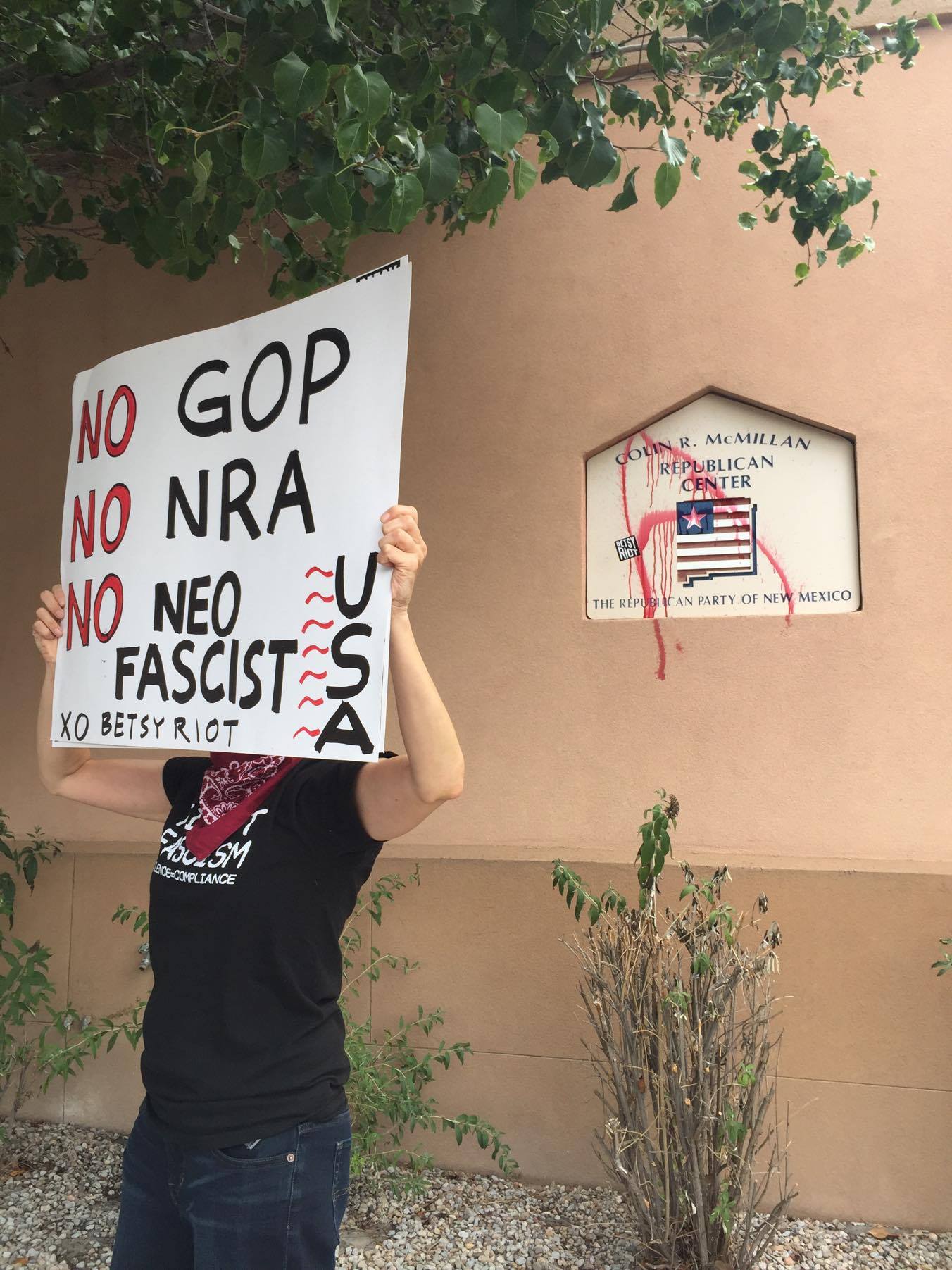 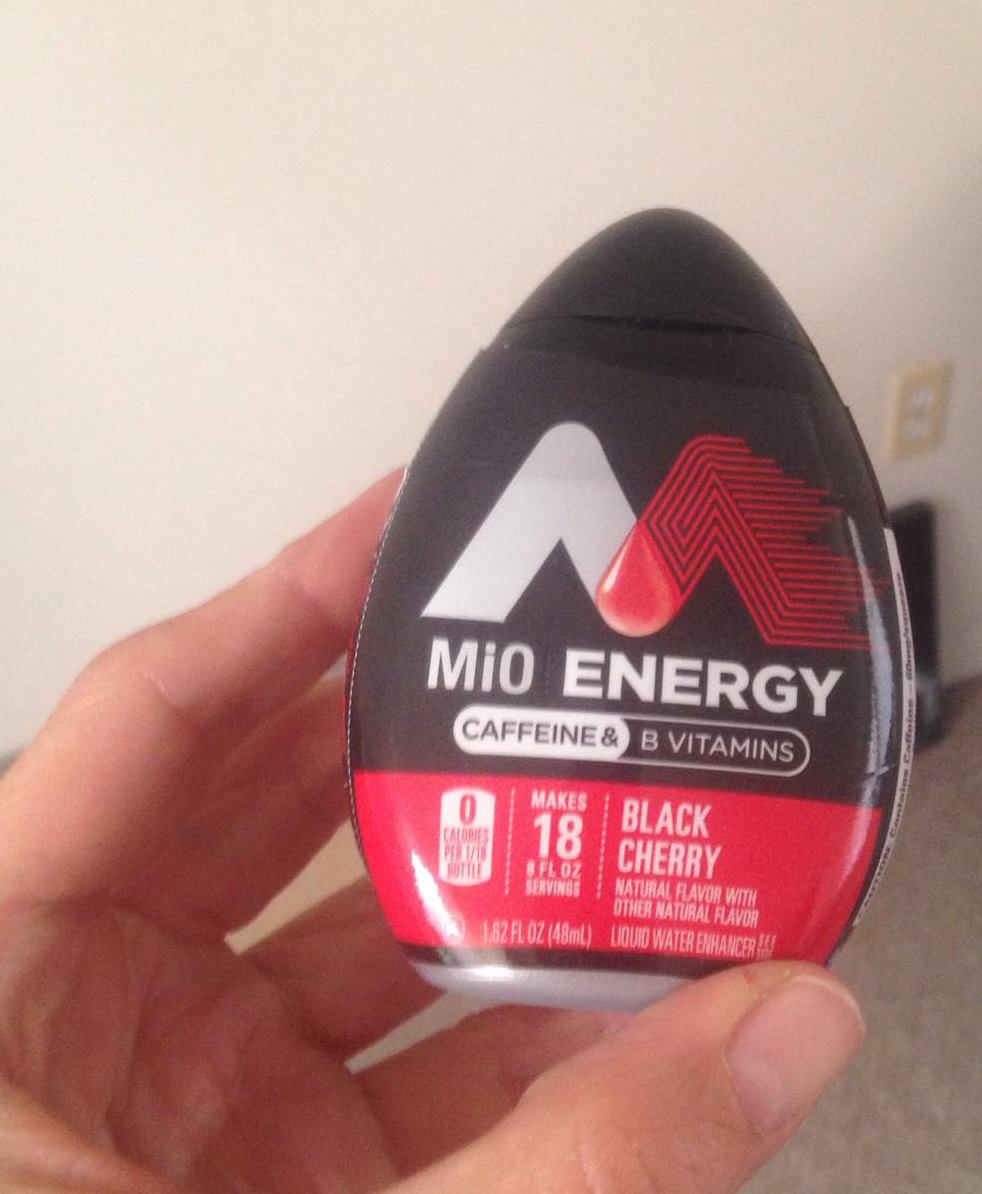