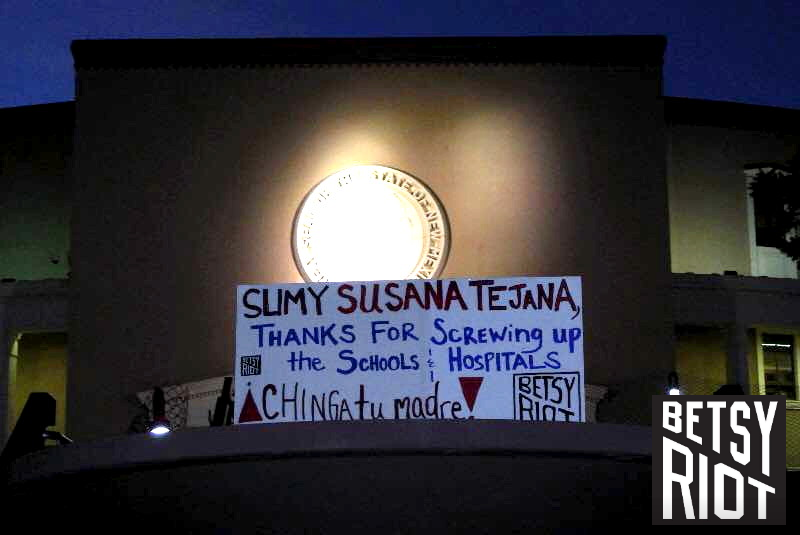 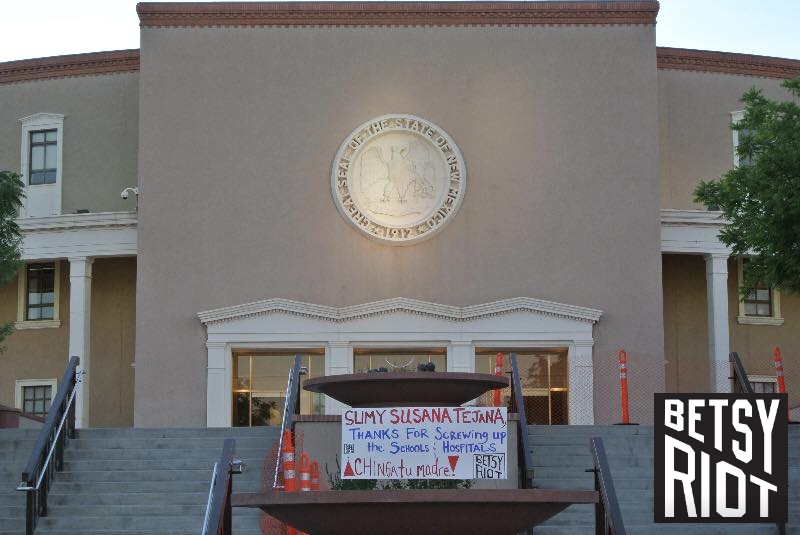 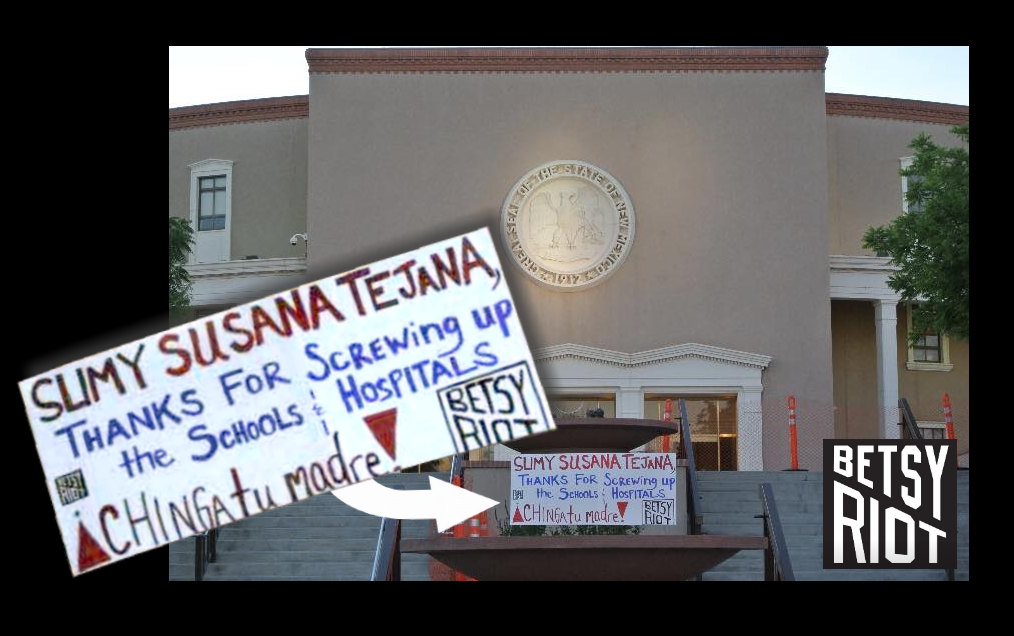 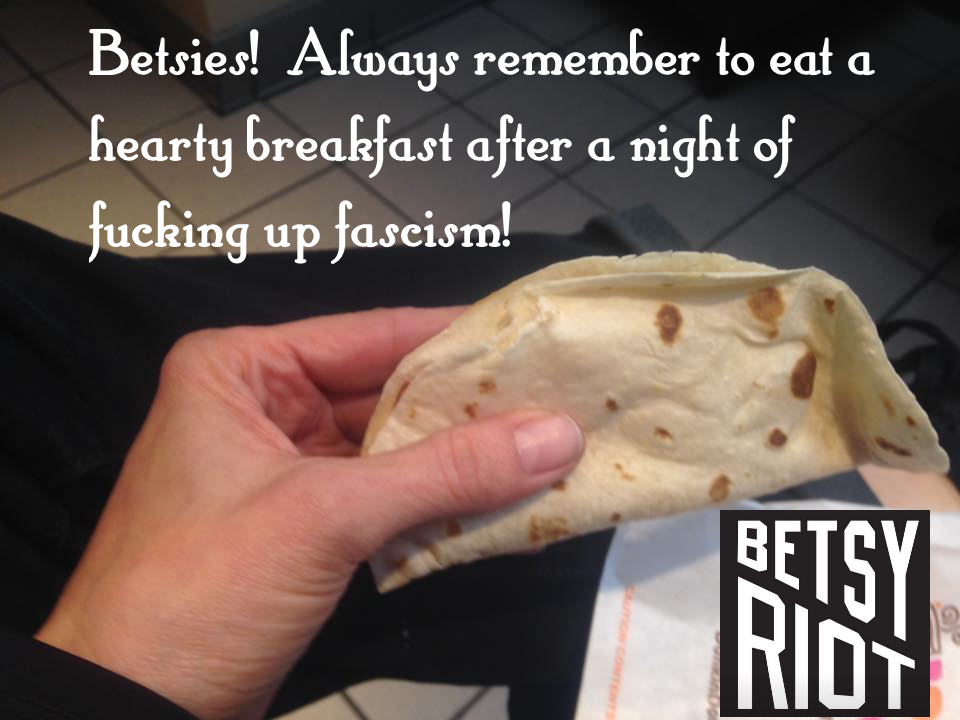 ew Mexico governor Susana Martinez is a transphobic, homophobic, pro-woman enslaving, domestic abuse-loving, public education-destroying, public healthcare-denying, Texas oil money shill and fierce–if badly slurring– drunken pizza party advocate (Google her name, “pizza,” and “911” for a few laughs) whose legendary ineptitude, jaw-dropping pettiness, outrageous nepotism, and Kill-Gut-Then-Eat-the-Poor-From-Your-Privileged-Diamond-Encrusted-Dinner-Table fiscal beliefs have earned New Mexico the title of “Worst-Run State” for two consecutive years running. This shitstain Trumpite enriches herself and rewards her wealthy unqualified cronies and donors with state appointments, while gratuitously and cruelly denying even the simplest of human dignities to the vulnerable in what is historically a poor state.

And so the New Mexico Betsy Rioters decided to pay a night visit to their State Capitol in Sante Fe–aka “the Roundhouse”–and leave a special message for their corrupt, hateful and incompetent governor, complete with pizza-shape exclamation points and helpful suggestions on how to spend quality time with her mom.

(BTW, the “tejana” nickname is apparently a regional monicker in New Mexico emphasizing Martinez’s outsider Texas origins and her lack of commitment to New Mexico as anything other than a shitting place for her and her poor people-belching Texas oil buddies.)