Check out this great photo of a Betsy in Omaha yesterday by photographer Mike Machian!

If you are sick to the death of this fucking shit and are ready to kick the Zeitgeist in its fucking scrotum, you are already Betsy–you just didn’t know it!

Let’s change the culture. Let’s fuck shit up. Be a Betsy, goddammit! Do it NOW!

How? Go check out our page’s video section for tips and examples of our actions. Or go to our website at betsyriot.com and click on “Get Started.”

Do it. Do it now. And thanks to Mike Machian for this inspirational photo ofBetsy! 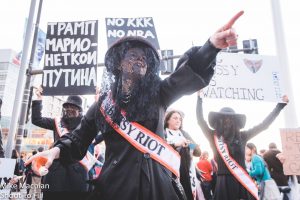 Listen with glee as Betsy stymies her interviewer with her response to the question “Do you subscribe to the whole Love Trumps Hate mantra?”

Lastly, make sure to check out the comment from one “Glenn Zamarov” weighing in from his mom’s basement in Fapperville, New Jersey, whose only rejoinder to our awesomeness is “Misandrist cunts”.

We’ll be at #WomensMarch sites all over the country today with nasty signs and widow’s weeds — JOIN US! 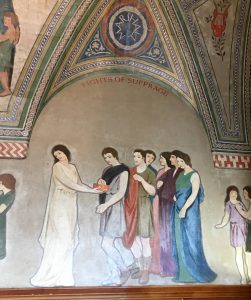 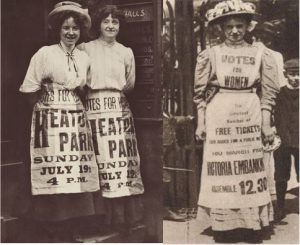 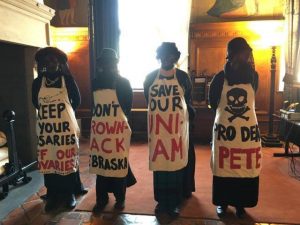 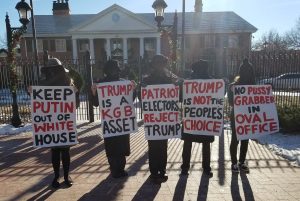 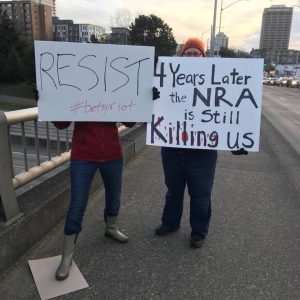 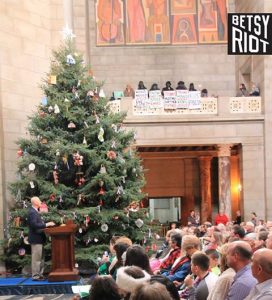 John Lott is the NRA’s charlatan. Lacking real research to support their fucking awful policies, they tirelessly enlist the bogus bullshit of John Lott, who fabricated at least one survey and has pretended to be two different women to support his own gunlicking research. One of these sockpuppets he admitted to: “Mary Rosh.” Last night Lott visited Lincoln, Nebraska, and left with a mouthful of Betsy.