Betsy got a heads up that the “Iowa Libertarian Party” planned a playdate! They are SO MAD YOU GUYS about socialists, and socialism, and VENEZUELA and roads and shit.

Iowa Betsy informs us that the LP dudes assembled at Scooter’s mom’s house for their Libertarian Exceptionalism Book Club meeting (week 45, “Atlas Shrugged”, AGAIN). Then that scrappy band of Izod wearing original thinkers who are impossible to pigeonhole because they are so unique and individualistic when they parrot right wing narcissism masquerading as ideology grabbed their Doritos and Gadsdens, piled into Biff’s Prius, and drove (ON PUBLIC ROADS!!!! THAT. ARE. NOT. PRIVATE.) over to the chosen venue at the appointed hour.

The venue? A park.
A park named “City Park”
In the city of Iowa City.
Give that a minute.

Unbeknownst to the khaki trousered LPers, Betsy had done a recce and prepared her patented Welcome Wagon for them.

You know what actually sucks? #CognitiveDissonanceSucks 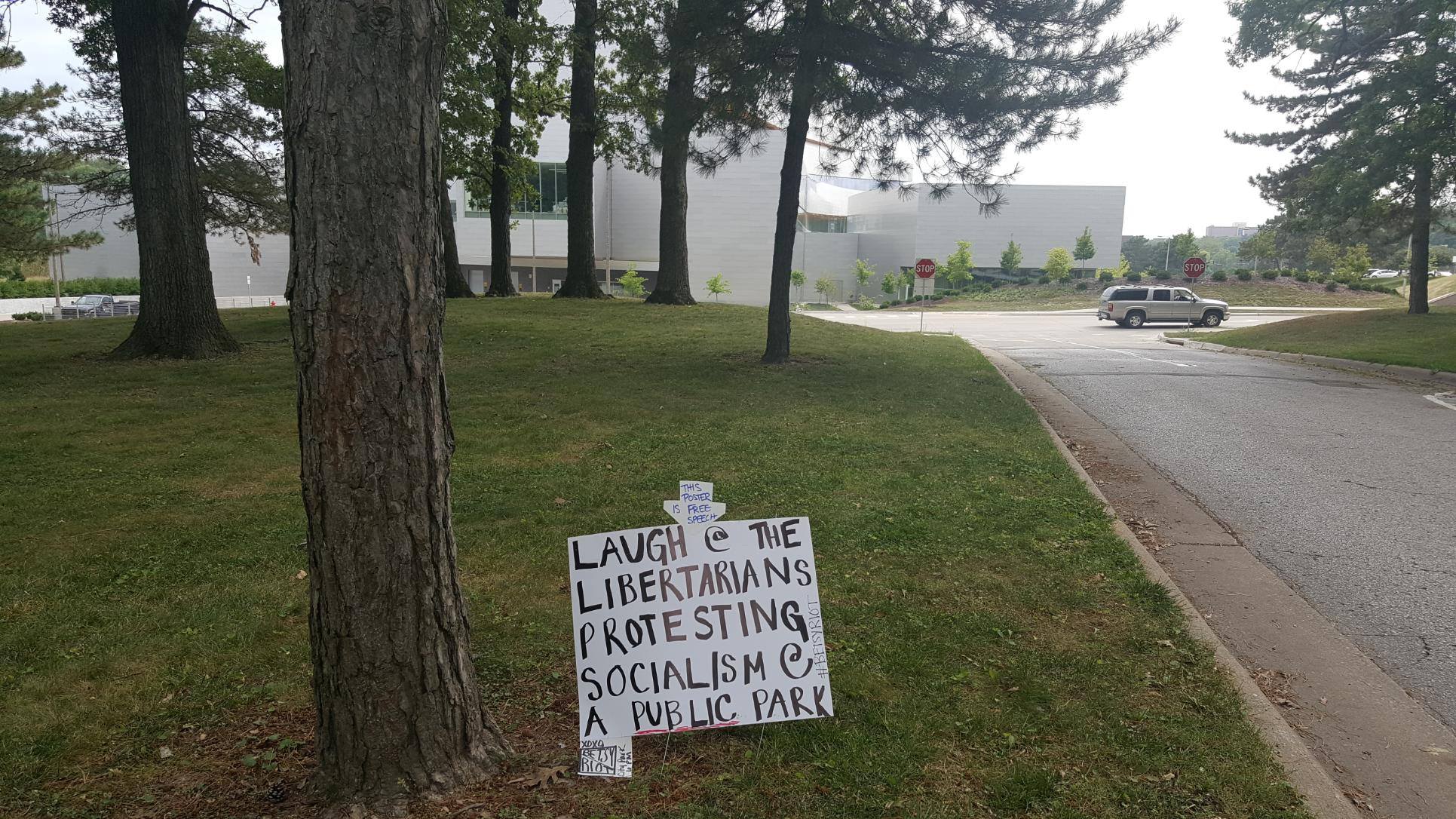 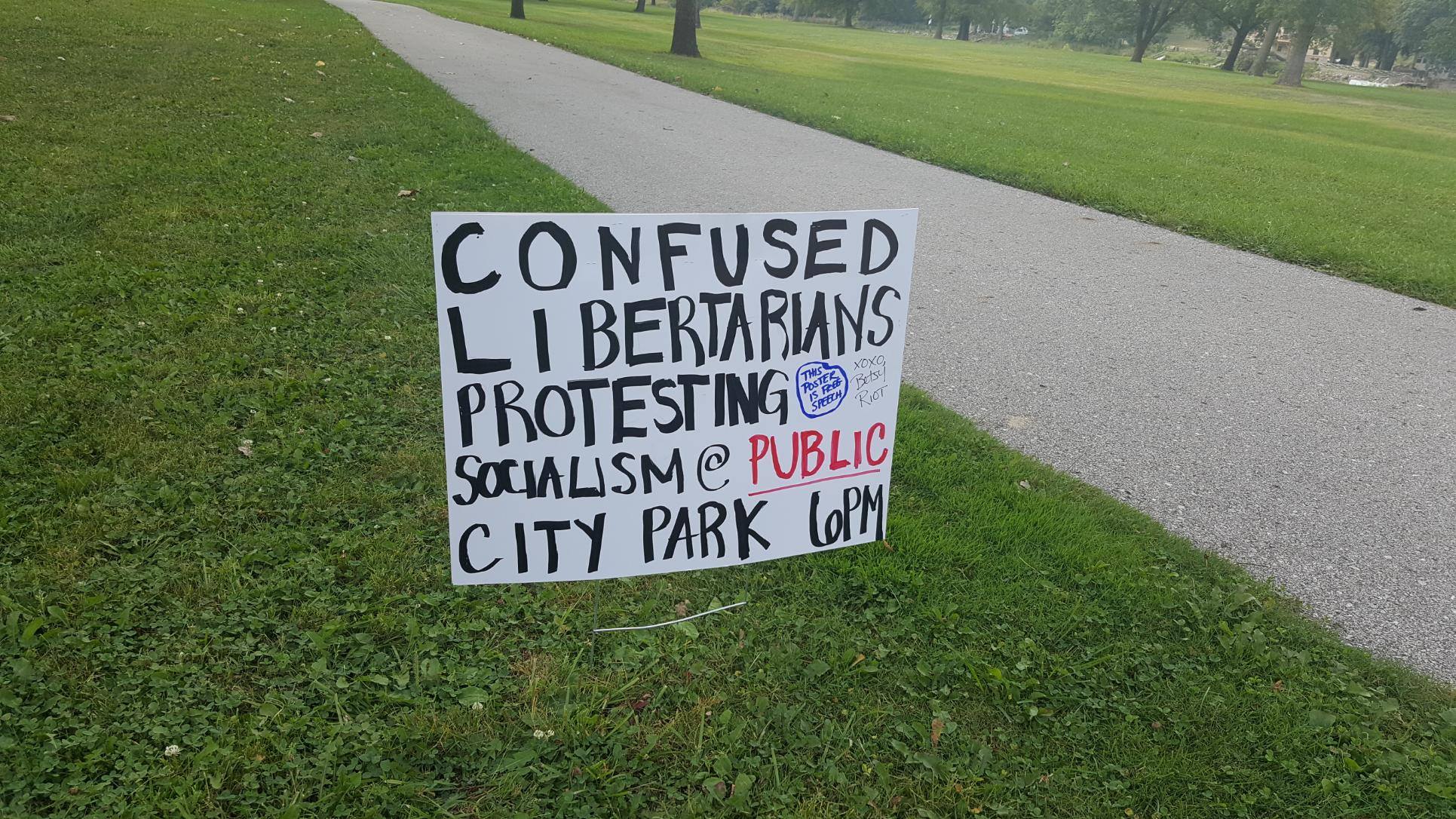 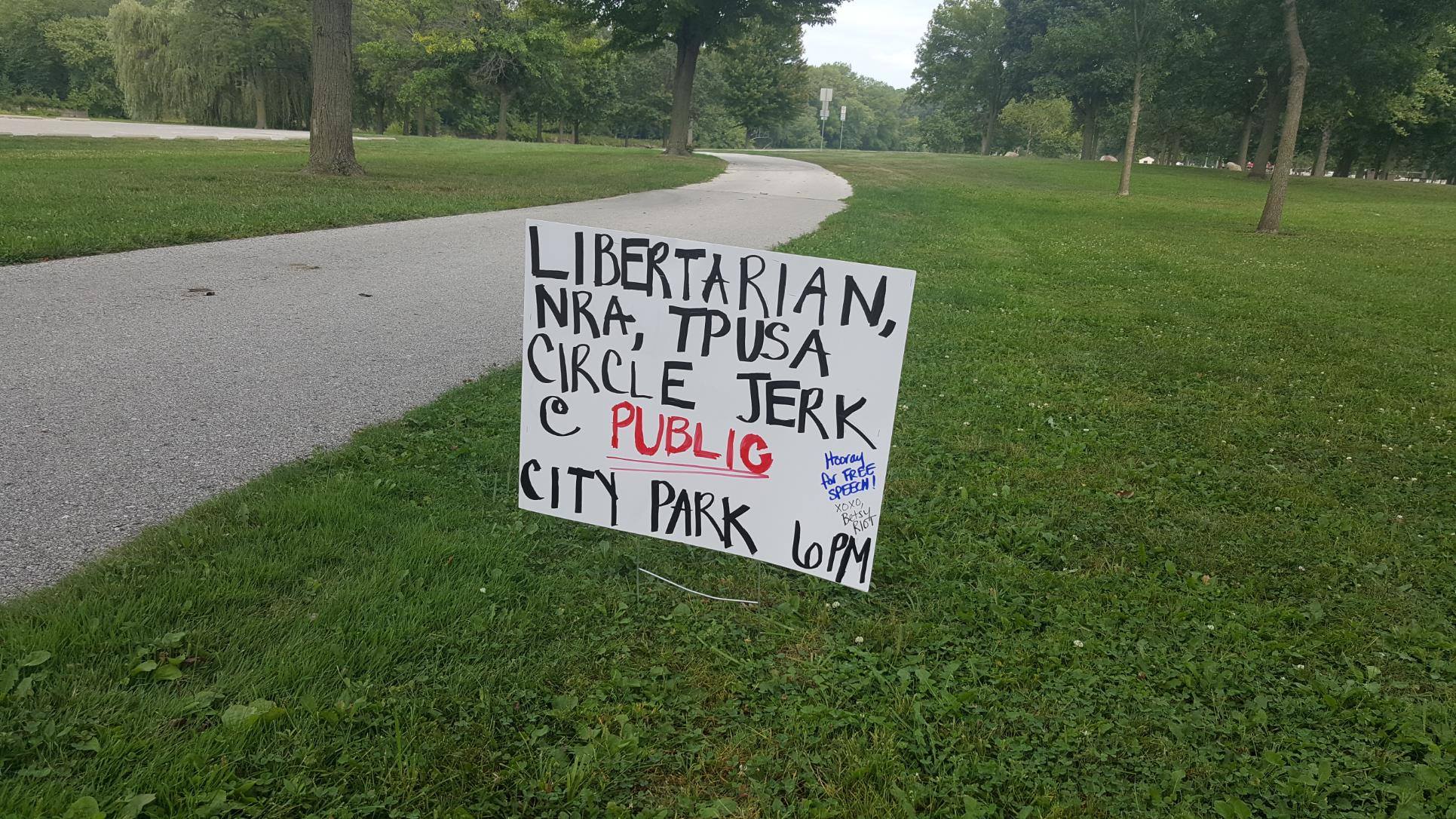 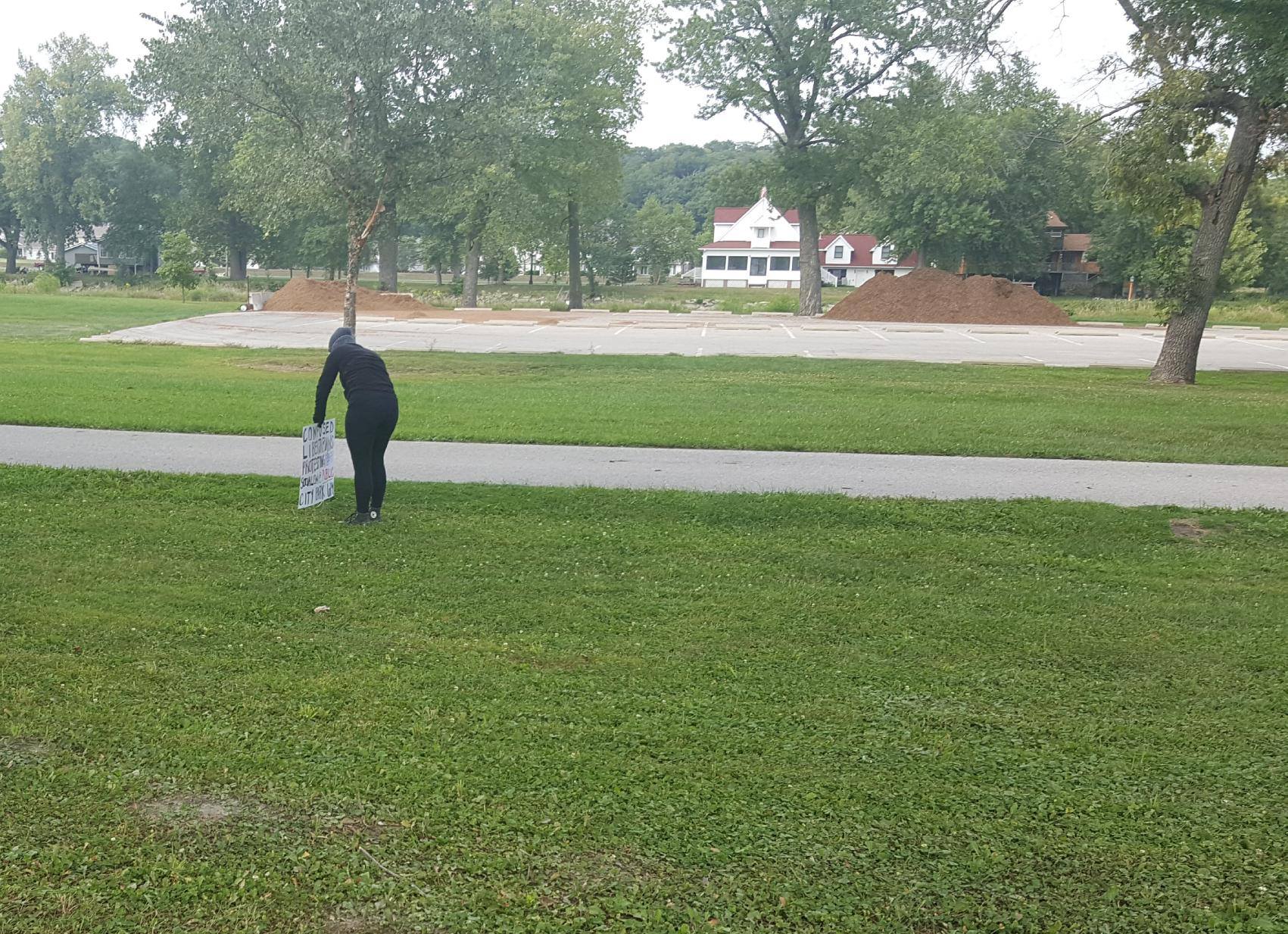