In Atlanta this weekend, the National Rifle Association will be holding its annual jizz-fest of blood merchants and their frightened, gullible gunlicker consumer base. There, within a convention hall-cum-armory, they will spew anti-American, anti-democracy hate while bizarrely telling themselves they are being patriots, after which they will fritter away their children’s lunch money and/or college fund (depending on their eraser-smudged SAT scores) for death-oriented, but apparently dick-hardening merchandise while outside in the real world, all across America, thousands of lives will be continue to be lost because of an immoral, out-of-control, shittily-regulated, democracy-hating war industry championed by the NRAssholes.

Betsy Riot, a nonviolent, but modestly rude and profane organization, will be flying an airplane banner above this craven convention of timorous cretins while also circling them with a mobile billboard promoting the fairly dry fact that they are not “good guys with guns” but “frightened boys with a gun fetish.” We cheekily call it our “ground and air” assault. Because Betsy is nothing if she isn’t cheeky.

To the whiny, gunlicker demographic, this constitutes a violent threat. But what can you expect from people who consider honking a horn in traffic or playing rap music too loud or eating skittle while being black or dancing while being gay or throwing popcorn in a movie theater to be life-threatening? What can you expect from nitwits who are so terrified of life that they need to carry slaughter sticks everywhere they go, including whenever they have a hankering to buy cookies?

We need to remember to bring our umbrellas. The forecast calls for a mantear downpour. 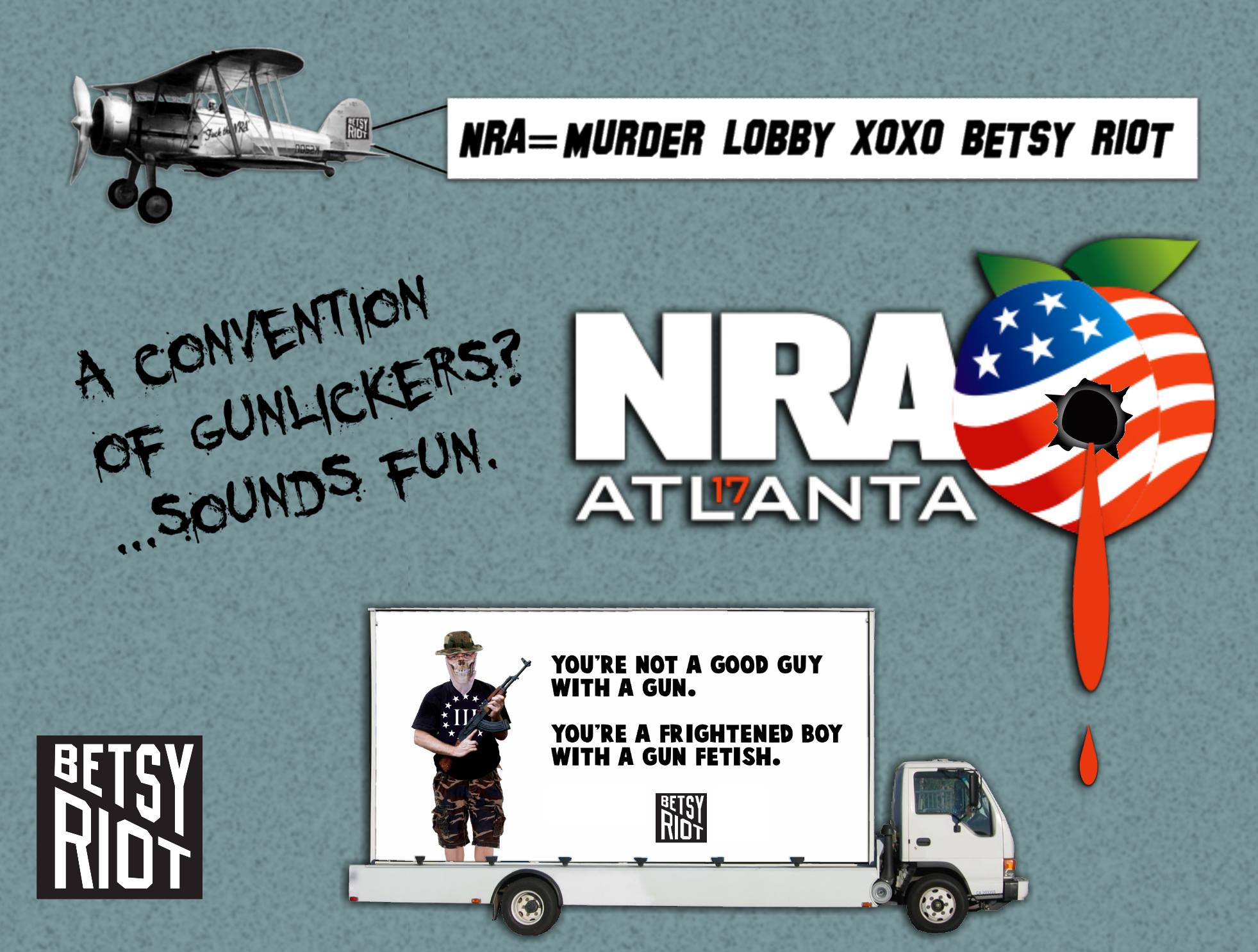