Welcome, new betsies, to the Betsy Riot. We are the decentralized neosuffragette punk patriot resistance to Trumpism and NRA fuckery.

We’ve received lots of questions from people who want to join with us. Here are the basics:

1. We are fighting a regime that is literally fascist. It will only get worse before it gets better. We are therefore anonymous. The cardinal rule is that you never out another Betsy. Are there betsies in your state? Probably, but we won’t tell you who they are even if we know.

2. Your actions are your own. We sometimes suggest organized actions and individual actions. We make no claims about their legality nor do we have a legal defense fund. You may also get creative and fuck with fascist gun-pushing misogynist white supremacist shitheads in your own ways, and that is cool, too. But remember we don’t have bail money. We know of a few betsies facing criminal citations (misdemeanors, all) and they are doing so wearing their big girl bustles.

3. We do insist you never hurt or endanger another person in our name. We harvest tears, not blood. We believe in goodness, not niceness. Fuck with a bootlicking neo-nazi turdcock and make him cry and whimper for a safe space from your mean words and mockery. It’s actually pretty easy to do all without touching a hair on his well-oiled head.

5. If you have friends who are betsies, organize an action. Get creative. Hang a banner. Place your own DIY yard sign in a prominent and amusing locale. Crash a feel-good family photo-op event hosted by your local Trumplicker politician. Wear widows’ weeds and stand quietly with a sign that tells him in florid, delicious prose exactly what he is.

6. Stay tuned. We will post ideas for organized actions that you and your friends can perform if you wish. Let’s fuck this shit up. 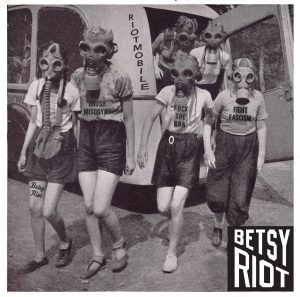