July 20 is the anniversary of the Aurora, Colorado, gun massacre in the Cinemark Century 16 movie theater, during a midnight screening of The Dark Knight Rises, when the America-hating, death eating blood suckers of the NRA and the bloody flux-lapping shit wallowers in the U.S. Congress slaughtered by proxy 12 people and injured 70 others after letting a law banning semi-automatic weapons and high capacity magazines lapse in 2004, thereby allowing a mentally disturbed man to purchase them ONLINE.

We’ve uploaded a new sticker commemorating the Aurora massacre to our Betsy Printables Dropbox folder. It is formatted for Avery 5163 labels, available at office supply stores.

Feel free to go see a movie tomorrow. If you see anything interesting, be sure to take a photo of it and send it to us.

Here are the direct links to the .pdf of these stickers: 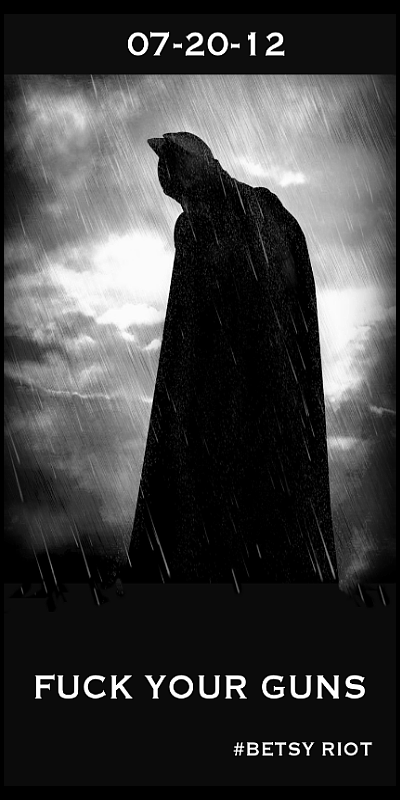