At Betsy Riot we believe hiding the soldiers’ caskets from tv helps numb the public to war, and we believe the sanitation of gun slaughter into rightwing childish fantasies about good guys in shootouts numbs the public to the horrific reality of gun violence. At the link below you will see a moment of the aftermath of the Parkland school shooting, when sobbing, terrified students are led out of their classroom and past the bodies of their slaughtered classmates. Send this link to every craven piece of shit gunlicking fuckstain whose palms are greased by this industry and tell them to enjoy their retirement because America will not fucking put up with this anymore.

Wayne Lapierre and Chris Cox have a new masterwork.

This is how Wayne Lapierre, Chris Cox, every gun manufacturer in America, and every politician who takes money from the gun industry makes their wealth. Send this link to someone who needs to watch it.

THE BETSY RIOT TO PROTEST #NRAAM2017 WITH GROUND AND AIR ASSAULT

ATLANTA, GA, April 25 – The Betsy Riot, a decentralized resistance group that opposes President Trump and the gun lobby, will be protesting the 2017 NRA Annual Meeting in Atlanta, where Trump is scheduled to speak.

The organization, which models itself on the radical Suffragette movement of the early 1900s, will be conducting two direct-action protests during the event:

On Saturday, April 29, from 1:00pm to 3:00pm EDT, an aerial banner bearing the message “NRA = Murder Lobby – xoxo Betsy Riot” will fly over the Omni Atlanta Hotel at CNN Center.

On Friday, April 28, and Saturday, April 29, a mobile billboard will circle the convention area featuring The Betsy Riot’s irreverent take on a key NRA talking point, stating: “You’re not a good guy with a gun. You’re a frightened boy with a gun fetish” next to a cartoonish figure with a gun.

“The NRA’s only aim is to lobby for firearm companies so they can peddle their weapons of war and drive the U.S. to the highest gun death rate of any developed country,” said a spokeswoman for The Betsy Riot. “Donald Trump took millions from the NRA during his campaign, and the gun lobby death merchants are eager to collect their pound of flesh by weakening existing gun regulations and pursuing their guns-everywhere agenda. The NRA claims to be ‘patriotic,’ but they block democratic change, as do the politicians who gleefully accept their blood money. We are not your typical gun control group. We are protesting this murder fantasy convention with mockery and anger and will continue our direct actions until the country is free from the grip of the violence-for-profit industry.”

A Betsy in Illinois invited gun owners to bring their guns back to Field & Stream for a buyback program. 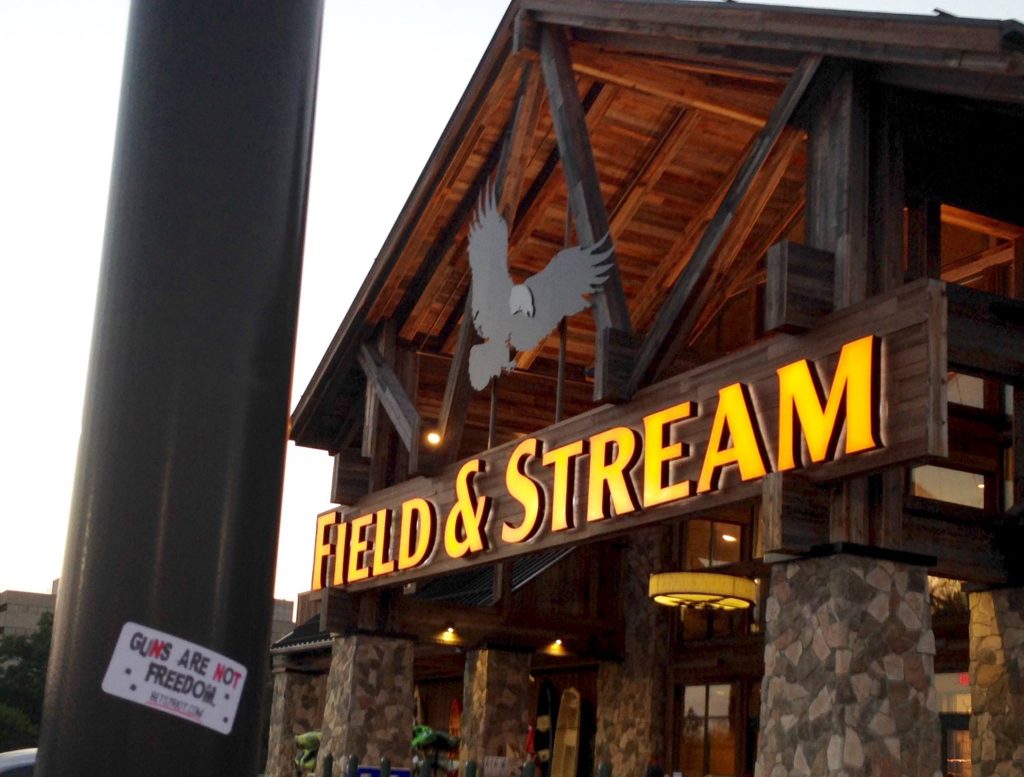 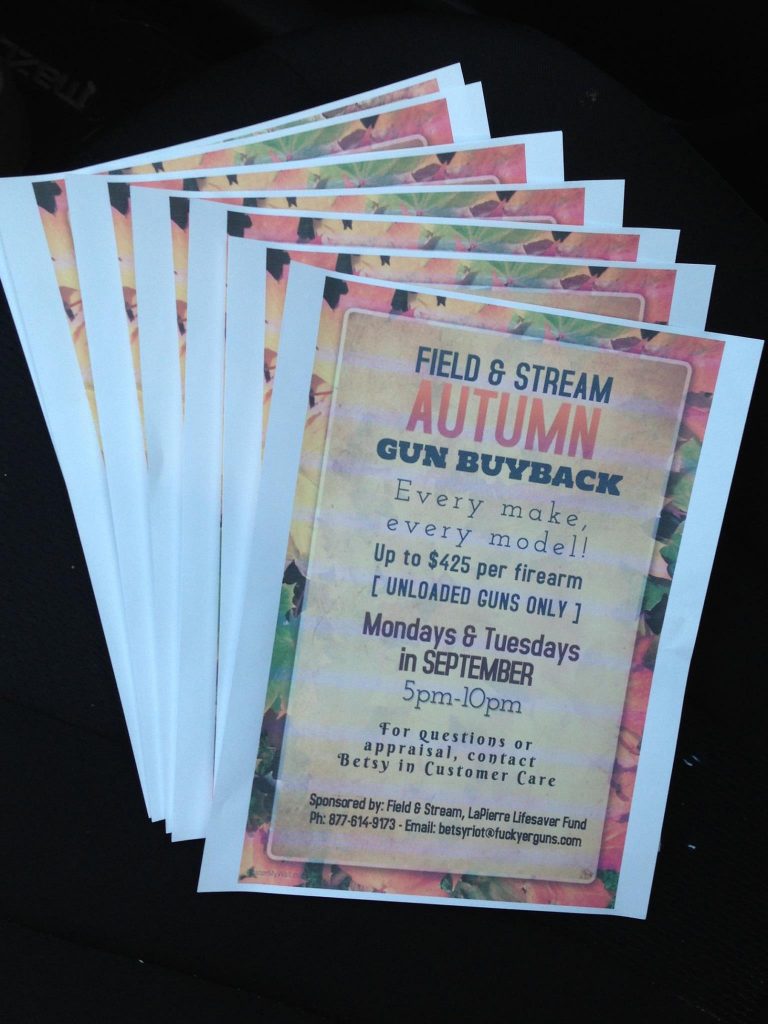 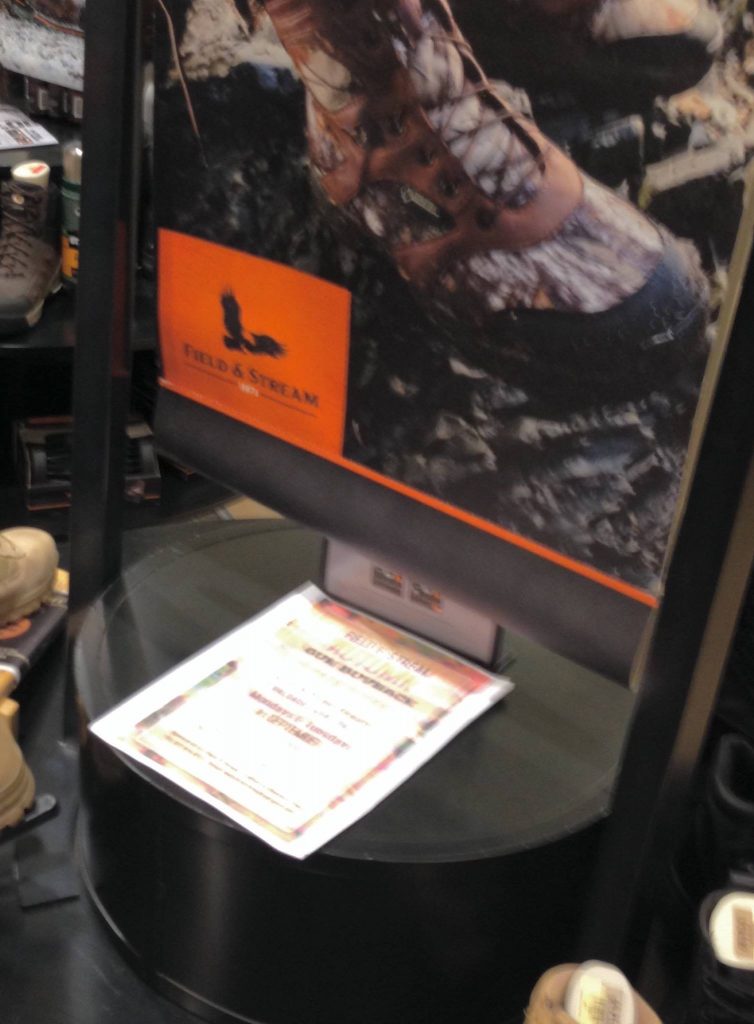